Please come visit on facebook pages:
Jan's Fishing Florida's Flats
and
Jan Maizler
Posted by Jan at 12:07 AM No comments: 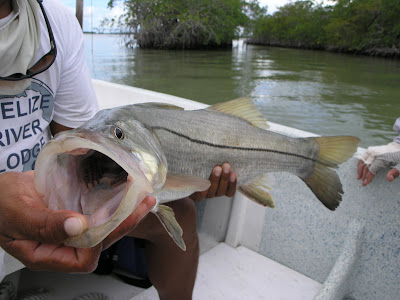 Fishing Report- For the "inside" Gold Coast tarpon, the torrential rains caused a cold, dirty, "urban water" runoff that have driven the fish off for now. My hopes were that the rising water temps. might get the silver kings in a more feeding mood, but the runoff took care of that. The inlet and Cut folks soaking live shrimp are less affected, being in such a saline spot.

Jan
www.fishingfloridasflats.com
Posted by Jan at 3:39 AM No comments:

IS RECREATIONAL FISHING BEING BANNED?

IS RECREATIONAL FISHING BEING BANNED?

A recent national opinion piece has ignited a firestorm this week concerning the efforts of the Obama Administration's Interagency Ocean Policy Task Force and its involvement in implementing a policy of "marine spatial planning" that could ultimately effect the management of and public access to the nation's natural public resources. The column comes three weeks after the closing of the public comment period by the Presidential task force and on the heels of the historic fishermen's rally at the Capitol on February 24 coordinated by the Recreational Fishing Alliance (RFA) and its allied groups.


Recent press releases issued by some sportfishing industry and angling conservation groups have expressed dismay at the unwillingness of administrators to listen to their recommendations. None of this comes as a surprise to the RFA. More troubling is that some of these same insiders have shown a willingness under past administrations to accept use of executive privilege in managing coastal access while fruitlessly participating in the new administration's new bureaucratic task force process.


"The goal of the key players in the process, specifically the Pew Environment Group and its minions, is to attempt to implement through Executive Order what they had failed to accomplish through the legislative process," said Jim Donofrio, RFA Executive Director. "We welcome those organizations who feel disenfranchised by the task force to join us in working to prevent what is the usurpation of the management of this nation's fisheries, oceans, coastal waters and the Great Lakes for ideological reasons," Donofrio said.

The Interagency Ocean Policy Task Force led by the White House Council on Environmental Policy was established by President Obama on June 12, 2009. According to the Presidential memorandum, the task force was charged with developing a national policy for the protection, maintenance and restoration of U.S. oceans, coasts and the Great Lakes. "It will also recommend a framework for improved stewardship and effective coastal and marine special planning," the White House said in June.


The same month the task force was established, Donofrio was invited to testify before congress in opposition to legislation sponsored by California Democrat Rep. Sam Farr (H.R. 21), a bill which would establish a new national policy for our oceans. In a release issued last fall, Donofrio said the RFA was unnerved by glaring similarities of the new report and Rep. Farr's H.R. 21, the Ocean Conservation, Education, and National Strategy for the 21st Century Act (aptly referred to as Oceans 21). "This appears to be an attempt by the Executive branch to circumvent the established legislative process and enact policy that failed as legislation 5 years in a row," Donofrio said, adding "RFA believes enacting laws through Executive order and proclamation sets a dangerous precedence." Oceans 21 has failed to gain Congressional support because of its ability to restrict access to public resources while creating a new bureaucratic hierarchy with unprecedented power to regulate fisheries and implement ocean zoning without oversight or public input.


The RFA has been in the forefront of exposing Oceans 21 and is a leader in preventing its passage. On June 18, 2009, the RFA was the only national fishing organization that testified before Congress in opposition of the bill. "Recreational fishermen have been watching fisheries management in this country literally get hijacked by preservationists," Donofrio said this week in response to the national news headlines indicating the president was going to ban recreational fishing. "I don't think this president would consider banning recreational fishing outright, but it's clear to us that the Obama Administration would like to severely restrict recreational fishing."

Donofrio said RFA and others are troubled by the number of staffers within the Administration who have direct ties to Pew. RFA said the good part about the recent headlines is that people are opening their eyes to the fact that "the fisheries management system is broken" and in need of repair. "Are we concerned about realities regarding the task force? Yes we are, and that's the hijacking of H.R. 21, a bill that would set up such an incredible bureaucratic infrastructure that Americans would indeed have a hard time finding fishing opportunities," Donofrio said. Records show that groups like Pew and the David & Lucille Packard Foundation have used funds to support implementation of marine protected areas, denying public access to large areas of coastal waters.


"Years ago, Pew and Packard had a dream of creating blanket marine reserves across the country through the legislative process, but that quickly fell apart when Congress wouldn't support it so they moved into the states," Donofrio said. "True, they found certain governments like California very supportive of efforts to institute blanket closures, but they never gave up their goal of getting us all off the water by whatever means possible," he said.

Donofrio explained that Pew-funded groups worked hard to push rigid "overfishing" language into the Magnuson Stevens Act during the 2006 reauthorization debate. "Essentially, Pew was able to create these de facto reserves which make fishing opportunities so incredibly hard. Take for example red snapper and other important snapper/grouper which are off limits to recreational anglers in the south Atlantic despite rebuilding progress," Donofrio said. "Pew's stacked the task force deck, and they've even got one of their Pew Fellowship award-winners as head of the fisheries service, it's certainly troubling."

Dr, Jane Lubchenco, who the President appointed to run NOAA Fisheries in 2009, is also a past member of the Pew Oceans Commission, the steering committee of the Joint Oceans Commission Initiative, and a director of the Monterey Bay Aquarium, SeaWeb, and Environmental Defense all of which are Pew funding recipients. Dr. Lubchenco also serves as Trustee Emerita of the David and Lucile Packard Foundation.

"Dr. Luchenco currently sits atop a growing number of appointees who are pushing an agenda of ocean zoning, catch shares and Draconian regulatory actions that are severely hindering our ability to fish with resulting negative impacts on the economy and significant job losses," said Donofrio who pointed out that it's been this apparent "takeover of fisheries management" which led to the fishermen's rally in Washington DC on February 24 which drew an estimated crowd of over 4,000 fishermen in support of the Flexibility in Rebuilding American Fisheries Act (H.R. 1585 and S. 1255).


######
About Recreational Fishing Alliance
The Recreational Fishing Alliance is a national, grassroots political action organization representing recreational fishermen and the recreational fishing industry on marine fisheries issues. The RFA Mission is to safeguard the rights of saltwater anglers, protect marine, boat and tackle industry jobs, and ensure the long-term sustainability of our Nation's saltwater fisheries. For more information, call 888-JOIN-RFA or visit www.joinrfa.org.
Posted by Jan at 12:37 PM 1 comment:

Much like an earthquake with loads of aftershocks, SOFLA's persistent cold weather continues to take a toll on results-per-unit-of fishing effort. Since I began flats fishing in the early 60's, I cannot recall hearing the glowing reports of black drum, sheephead, and small seatrout like I do presently. These reports reflect what is hitting and what is not...but ultimately might be indicative of lowered snook and tarpon stocks in Florida's shallow as well as suppressed fish movements because of the persistent cold water.

I believe the reason that my 70-pound tarpon struck my offering despite it being surrounded by a good number of smaller fish is that big fish have more heat retention with larger body mass. This is the reason we find bigger bonefish on the flats during winter more frequently- it's simply that smaller bonefish drop off the flats for warmer water. It is not that big bonefish like wintertime- they simply can handle it better.

This time last year, tarpon were already well into western Biscayne Bay. That is not the case this year compared to last year. My guess is that this year's extreme cold will take a measurable toll on inshore catch results well after it stays warm. I hope I'm wrong.

Jan
www.fishingfloridasflats.com
Posted by Jan at 6:07 AM No comments:

Yep...a lot of skiffs slogged it in the Cut or SOBE. The water on the beach is around 17 feet and the Cut can be 50 feet. Those fish can fight really deep and not jump.

I happily avoided all the skiffs and big boats blasting through and searched inside waters. The air temps. when I started fishing was in the 40's. The water was obviously warmer than that and after seeing quite a few fish roll, I connected with a tarpon around 70 pounds. Some fast-stroking and unrelenting but intelligent pressure put the fish alongside my skiff in 15 minutes. Loads of jumps and caught on 10-pound class tackle. It made my day!

Jan
www.fishingfloridasflats.com
Posted by Jan at 10:50 AM No comments: